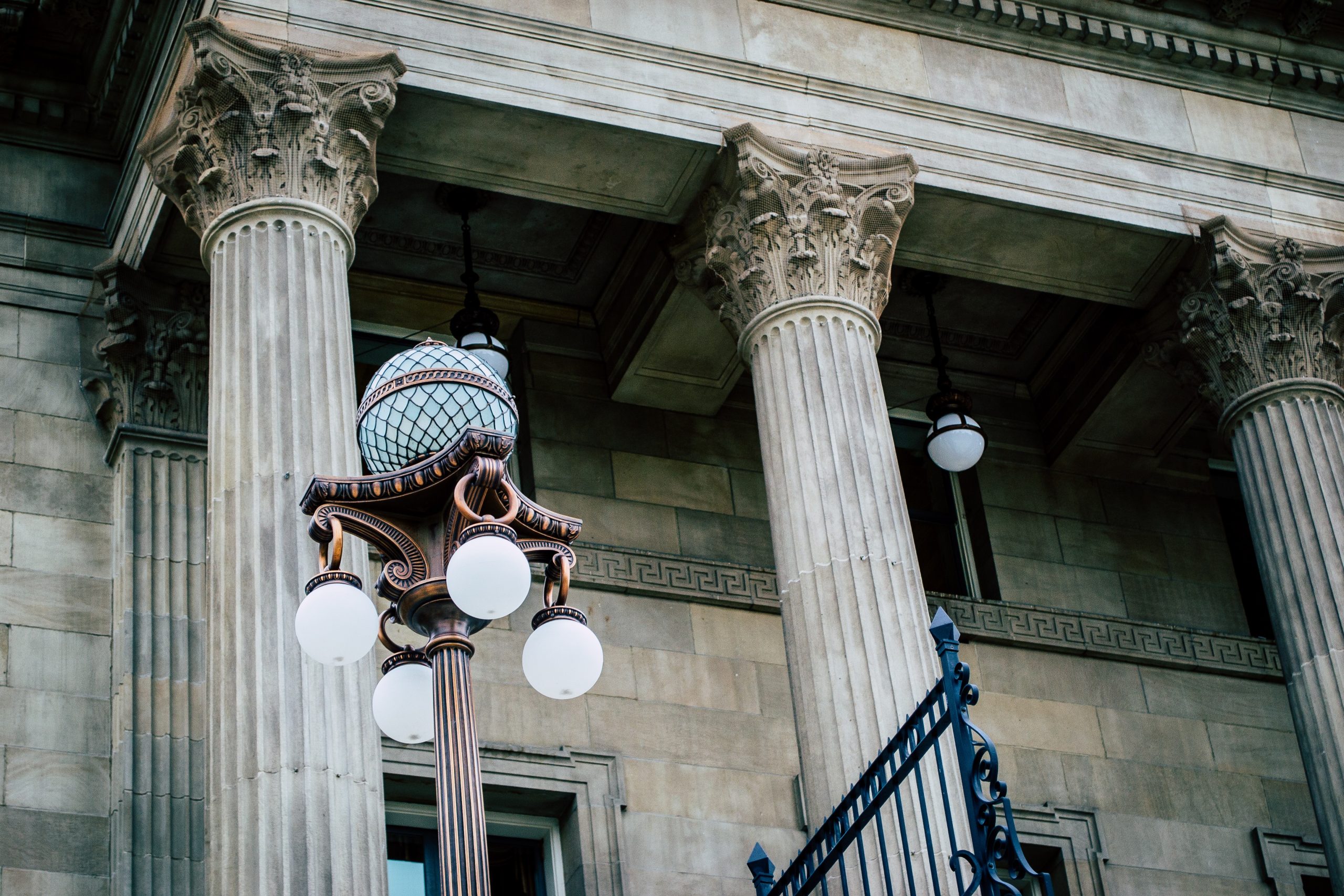 Should we review the Sexual Offences Act?

“It is true that under the Sexual Offences Act, a child below 18 years old cannot give consent to sexual intercourse. However, where the child behaves like an adult and willingly sneaks into men’s houses for purposes of having sex, the court ought to treat such a child as a grown-up who knows what she is doing.” These are Justice S. Chitembwe sentiments in the case of Martin Charo v Republic 2016 eKLR.

This case has highlighted the very need to amend the Sexual Offences Act. Particularly with regards to the prohibition of sexual activities with children under Section 8 of the Act. The Children’s Act defines a child as an individual who is below the age of eighteen years. The Sexual Offences Act provides defenses such as misrepresentation by the child as to its age. However, the argument is only available to an accused person who proves that he took appropriate steps to ascertain the child’s age. Notably, the defense does not apply to persons who share blood affinity, for instance, relatives.

Factors to be considered to establish the existence of defilement.

To establish defilement of a child, particular circumstances (highlighted in Charo v Republic) have to be ascertained. They include:

However, the case of Martin Charo highlights the need to amend the Sexual Offences Act to take into consideration the change in circumstances. Those circumstances include a willingness by the victim to engage in sexual activities.

The willingness of children to engage in Sexual activities

Moreover, in the case of P O O (A Minor) v Director of Public Prosecutions & another 2017 eKLR, the judge observed that it was outrageous to vilify the boy when the girl willingly engaged in sexual activities. In this case, he noted that

“…This kind of scenario has bothered my mind ever since the harsh penalties in the Sexual Offences Act came into operation. These are both minors in their teens when hormones are raging madly. They decide to experiment on their prowess mutually-then lo and behold the girl gets pregnant, and an enraged parent reports to the police, who in turn arrest the boy.”

This brings in the element of discrimination. Whereas both children willingly engage in sex only the boy is arrested

The debate about the discriminatory effect of section 8

Whether section 8 of the Act is discriminatory is debatable. The Constitution of Kenya 2010 under Article 27 provides that every person is equal before the law and should not be discriminated against grounds such as sex. This position has been subject to litigation where some fractions argue that section 8 is not discriminatory.

In the case of CKW v Attorney General & another [2014] eKLR at Para.88, the learned judge observed that,

“In Kenya the law does not distinguish between the girl and the boy, in section 8 of the Sexual Offences Act. In effect, the law as enacted does not discriminate…it is a matter of evidence…the discriminatory application of law if it is established is wrong. But such conduct by the person who exercises it does not render the law itself discriminatory.”

In this instance, the learned judge was of the opinion that the law is not discriminatory as the discretion to charge the accused person lies with the prosecution.

However, in G.O. v Republic 2017 eKLR, the learned judge was of the opinion that the appellant was discriminated against on the basis of sex in that he was arrested and charged instead of the prosecution charging both the complainant and the appellant for the offence of defilement. He observed that both were minors. However, blame ought to have been apportioned against both parties as in this particular case the complainant was older than the accused. He observed that both minors need protection against harmful sexual activities and none should be sent to prison.

From the above suppositions, it is clear that the Sexual Offences Act needs to be amended. It is very unfair to whole heatedly apportion the blame on the boy child where the girl willingly engaged in sexual relations. The House of Lords observed that,

“As sexual touching is usually a mutual activity, both the children involved might in theory be prosecuted…the person penetrated may be the offender… Obviously there will be wide variations in the blameworthiness of the behavior… Both prosecutors and the sentencers will have to make careful judgments about who should be prosecuted and what punishment, if any, is appropriate.”

This opinion highlights the need to deviate from the usual presumption that the penetrator is the guilty one. The office of the Director of Public Prosecutions in performing its functions is to be guided by the principles enumerated under section 4 of the ODPP Act  which provides that in fulfilling its functions, the office shall be guided by the Constitution and among other principles the principles of impartiality and gender equity. This means that gender equity should be respected when prosecuting perpetrators of sexual offences.

Can children consent to sexual activity?

Notably, courts have held that children cannot consent to sexual relations. To consent is to agree voluntarily and it supposes a physical power to act, a moral power to acting and a serious determined and free use of these powers. The Sexual Offences Act provides that children cannot consent to sex. However, most children nowadays can understand what constitutes sex and are able to appreciate the nature of the Act. The judge in the case of Charo v R noted that “…Where the same child under 18 years who is protected by the law opts to go into men’s houses for sex and then goes home, why should the Court conclude that such a person was defiled… In my view that cannot be defilement…” from this, we can conclude that a person should not be charged for defilement if the minor understood the nature of the activity taking place and whose consent was obtained without any fraud or undue influence.

The law strictly provides that a minor cannot consent to sex, however, due to the change in circumstances, minors can understand sex. Statistics, show that in Kenya one in five youths aged 15-24 years reported sexual debut before the age of 15 years. In addition, a survey done by Guttmacher indicates that among the surveyed students who are between the age of 15-17, 42% of the males have had sex and 15 % of the females have had sex. These statistics are not in vain. They indicate that actually most of the teenagers are sexually active and understand the nature of the activities that they are engaging in. So, why vindicate someone for engaging in an activity on which they understand. The judge noted that in instances where ‘both children have defiled themselves’ these are children who need guidance and counseling rather than criminal penal sanctions. It is up to the parents and the society to appreciate the change in circumstances and ensure they educate their children on matters related to sex.

Defilement as a means of extortion

The victim’s parents are using defilement to obtain finances from the accused person. This coercion happens when the complaint’s parents become aware of the existence of the relationship. Since they do not want to believe that their child is being involved in sexual conduct, they accost the accused person’s parents to pay for ‘violation of their daughter’ or else they will sue. Such a suit tends to lower the reputation of the accused person’s parents. In addition, the punishment imposed when an accused person is adjudged guilty is severe. Distraught parents, often afraid of such consequences, succumb to the demands of the victim’s parents and pay the fee. To make the matters worse, the girl is never allowed to see the boy again and hence bad blood between the two families.

Changes by other countries.

Other countries in the world are changing their laws to address these changing circumstances. For example in France is planning to set the age of sexual consent to fifteen years. Other Countries in Europe have different ages of sexual consent for example 14 years old in Austria, Germany, Hungary, Italy, and Portugal; 15 for Greece, Poland and Sweden; 16 Belgium, Netherlands, Spain and Russia and 17 in Cyprus. In the United Kingdom, the age of sexual consent is sixteen but children under the age of 13 years have additional legal protections that declare that they can never consent to sexual activity.  More so,  if 16 year old’s can vote in Brazil, Argentina, Ecuador, it means that children can appreciate what is right and wrong and are mature enough to make decisions.

This means that these particular countries have been able to appreciate the change in circumstances and the laws have been amended to reflect just that. Kenya should therefore follow suit.

This article does not intend to glorify defilement.

In conclusion, this article is not intended to glorify or seek the legalization of sexual relations with children. Defilement violates the dignity of the children who go through the ordeal. For example, the Sunday Nation  relying on data from Transform Empowerment for Action, noted that at least 1208 children had been defiled in the lakeside county in the last 15 months alone. These statistics show that defilement is still rampant in Kenya despite the laws. Nevertheless, Charo v R highlights the different challenges that may be posed by the strict interpretation of the Sexual Offences Act. Adjudging the accused person guilty without taking into account other circumstances may be prejudicial to him.