The People v D.K & Another 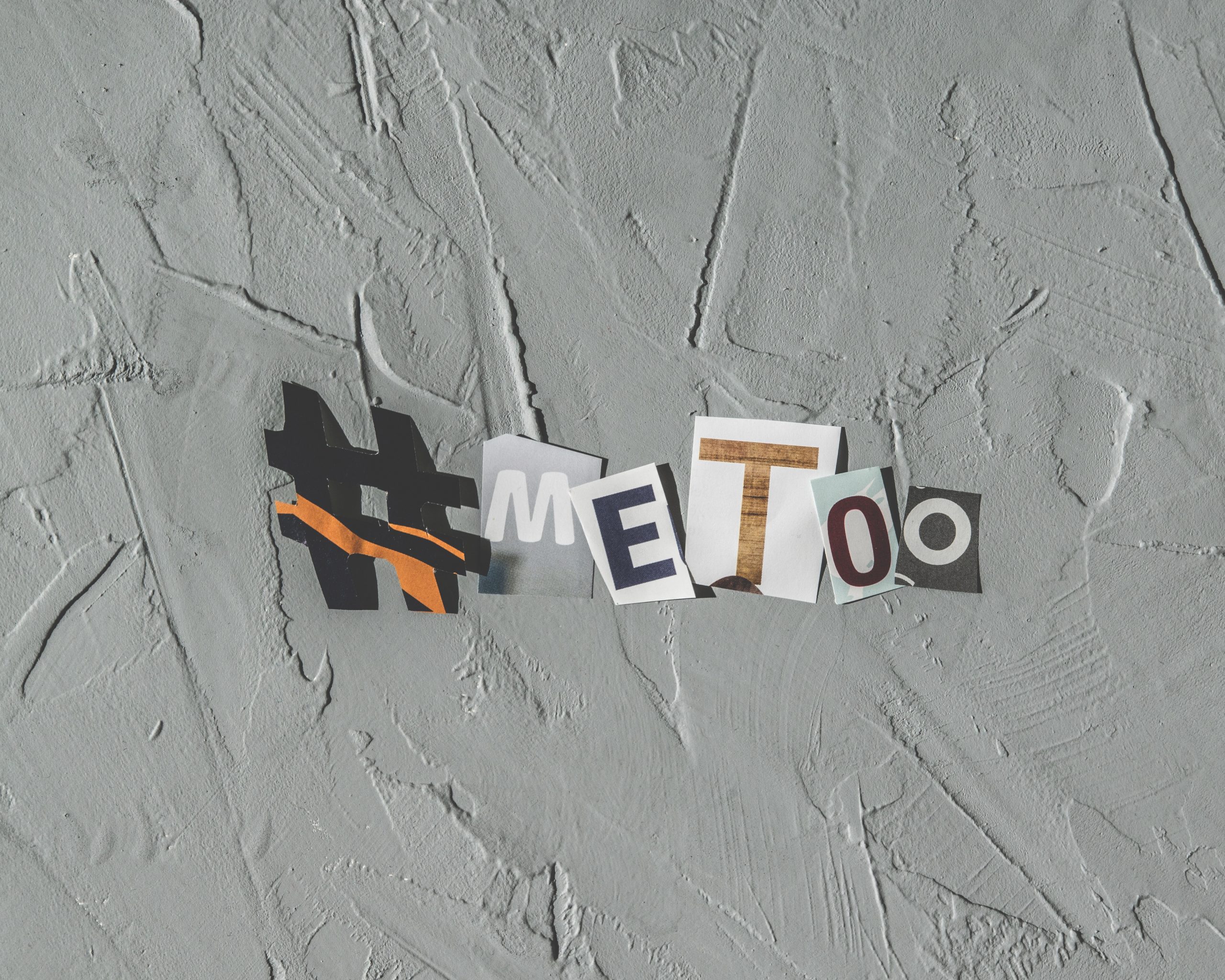 Insights into sexually related misconduct & answering questions about the crime.

Last month, Kenyans were treated to a fiasco when a lady accused two gospel artists of taking advantage of her sexually. The lady in question wrote to the two musicians in a bid to advance her career as a video vixen. One thing led to another, and the two began exchanging intimate texts and even met up. After the meeting, the lady accused one of the musicians of taking advantage of her sexually. Also, the other musician invited over the second time and allegedly infected her with herpes as she alleges.

The musicians were later involved in a public apology stunt where they blamed the devil for leading them to sin. (oh, I feel sorry for the devil) Then, FIDA Kenya offered to represent the lady against the musician. Currently, the lady has not come forward to accept the invitation for representation. The behavior of the two musicians who are ‘leading gospel artists’ is reprehensible, below their moral standing and outright wrong. But we will come to them later.

Given the lady’s story, several issues have come up. This article will endeavor to address each of the problems and provide a way forward.

Can the DK’s conduct be construed as Rape?

The victim alleges that D.K penetrated her without her consent. According to the Sexual Offences Act, conduct can be termed as rape if: a person intentionally and unlawfully penetrates another person without permission, and the approval is obtained by force or employing threats or intimidation of any kind. Simply put, rape is the forceful penetration of an adult without their permission. Which then takes us to the next question about consent

What is consent in sex cases

Rape occurs when a party fails to obtain the consent of the other. Consent simply implies permission to engage in sexual activities. If someone has agreed to sexual relations, he or she cannot accuse the other party of rape. However, there is a new trend where individuals are either drugged or unwillingly intoxicated before engaging in sexual relations. The youth refer to it in ordinary language as ‘marinating the prey.’ Sex as a result of marination is rape. The lady, in this case, alleges that she did not consent to penetration. Legally, this is rape. A person can only allow sexual relations while conscious.

What to do in the event of rape

From the above, it is evident that the lady did not agree to sexual relations. The evidence suggests it was rape. What then, could she do?

First and foremost, SHE SHOULD NOT shower, cut her hair or nails, and have a change of clothes. The failure to clean ensures the sanctity of the evidence. If she decides to change her attire, she should put the previous ones in a brown bag, then proceed to the hospital and police station, respectively.

The next step is to visit a hospital, preferably a government hospital. The importance of visiting the hospital is for medical examination; The doctor examines one for sexually transmitted infection or HIV and AIDS. He also ascertains the existence of rape and fills in a Post Rape Care form.

Thirdly, visit the police station. Here, you will record your statement, and the police doctor examines you. He fills in a P.3 form. Here the evidence is preserved, and the police pursue criminal charges against the accused person.

Lastly, visit a psychology/counsellor to help you offset the trauma.

Does infecting someone with an STI constitute an offense?

The lady alleges that D.K infected her with herpes. According to the Sexual Offences Act and The HIV & AIDS Act, knowingly infecting someone with a sexually transmitted disease is an offense.

Why do victims of sexual violence/misconduct take time before reporting the ordeals?

After the media aired the lady’s story, some people questioned her motives and timelines. Were it not for the admission by the two musicians; people would have classified her as a free-loader. Many victims of sexual misconduct are always afraid to report their accusers mostly because of their standing in society, and members of the community hold them to such high standards. As such, believing the victim takes a tall order. Additionally, many people subject the victims to multiple assaults on their credibility. For example, members of congress rebuffed Anita Hill for confronting her accuser.

However, research by the New York Times concluded that the fear and trauma that comes as a result of sexual violence deters some victims from reporting these incidences. It also stated that if the perpetrator is someone the woman trusted, it can take years for the victim even to identify what happened to them as a violation. The report was looking at why Christine Blasin Ford took over 20 years to report her accuser, Judge Kavanaugh.

Fear and trauma that come as a result of sexual violence deter some victims from reporting these incidences. It also stated that if the perpetrator is someone the woman trusted, it can take years for the victim even to identify what happened to them as a violation.

Why should you report incidences of sexual violence?

When perpetrators commit heinous acts against ladies, some prefer keeping quiet. Some do not see the importance of reporting these incidences. If a close acquaintance commits the crime, some form a misconception that they might change. However, research has concluded that the failure to report a crime empowers an offender to repeat the offense.

Consequently, if victims of sexual misconduct fail to report their accusers, they (accusers) tend to repeat the crime. And the more the offense is repeated, the higher the victims.

Why is it that the propagators of sexual violence are only prominent men?

Looking at the significant cases reported about sexual violence, most accused persons are prominent men. Some of them include Harvey Weinstein, Donald Trump, Kevin Spacey, former Costa-Rican president, among many others. Looking at the present case, the accused were ‘prominent’ gospel artists. When you evaluate the list, it begs the question of why prominent men perpetrate these heinous acts. Some have argued that it is because of the financial muscle of these people and the potential dollars victims would get if they report them.

The reason why victims do not cite ‘other men’ is that most victims of others do not support a cause where the men are not prominent.

What should men do?

Given what the #metoo has done to the careers to prominent persons, most men are afraid of hiring female employees. Some men neither want to be in a room with a woman nor work with one. Given that women are also products of creation, we should not be afraid of them. Instead, men should endeavor to treat them with respect

Sexual violence continues to bite and is metamorphosing with current trends. Given the status quo of the two musicians, there is a higher threshold set by society and expects them to abide by it. We cannot justify their actions in any way. Instead, we should rebuke them with the harshest words possible.

Moreover, choices have consequences. What you do in the dark shall soon come to light. For example, Judge Kavanaugh found himself as a talk of the town because of something he did while he was a teenager. D.K is facing a possible 15-year sentence as a result of his actions against the lady. Recently the media bashed Donald Trump because of lewd comments he made against ladies in what Trevor Noah calls ‘the Billy Bush bang bus.’

For the ladies, don’t be quick to trust. The fact that somebody is prominent does not deprive him of sin and temptation. Instead, status is like a crown that can be worn and taken away based on the circumstances. Once you remove the crown, the same human being who cast out of the garden remains. The cast-off is prone to sin. This desire and temptation to sin is activated when put in compromising situations. Therefore, given that human nature, it is imperative for ladies to first acquaint themselves before giving themselves away to anybody, including prominent people.

Moreover, for the ladies, never accuse a person wrongly of sexual misconduct. For example, Asia Argento, a leader of #metoo, was charged with paying off her accuser so that he could remain silent about what she had done to him. Lastly, given that men are also victims of sexual violence, these insights shall apply similarly to ladies who advance unsolicited sexual advances towards men.